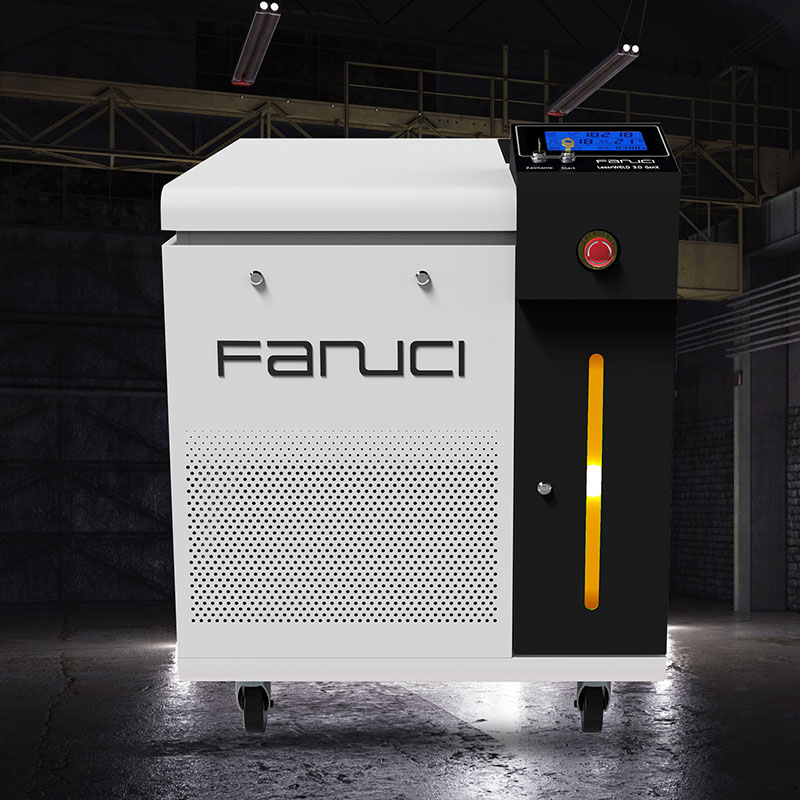 
Send email to us

Laser cleaning uses a focused laser beam to quickly evaporate or strip contaminants from material surfaces. Compared with other traditional physical or chemical cleaning methods, laser cleaning is non-contact, with no consumables or contamination, high precision and little residual damage. This process is ideal for a new generation of industrial cleaning technology.
For more precise cleaning (such as mold cleaning), it is better to choose MOPA pulsed fiber lasers. With the same average output power, MOPA pulsed fiber lasers can clean faster than continuous wave fiber lasers. At the same time, precise thermal control between cleaning and melting results in good cleaning performance without damaging the substrate

Laser cleaners do not require constant, ongoing maintenance. Their design is small, which makes them easy to move between workstations. Currently, laser technology in cleaning is widely used in many industries, including in the automotive industry, astronautics, electronics, aviation, energy production, production of sanitary equipment, production and regeneration of matrices, food processing and the widely understood performance of external services, etc. The range of laser cleaning applications is constantly growing along with the advancing technology. The third generation of FANUCI laser devices has been expanded, among others with cleaning and laser cutting functions! The cleaners also have the WPQR TÜV Rheinland cleaning certificate!

Why FANUCI laser cleaner is the best choice?

1. high efficiency and stability of the machining process
2. significant reduction of production costs
3. Operating time of the fiber source is approximately 100,000 hours
4. technology friendly and safe for the environment and the workplace

The operation system combines high performance with intuitiveness and ease of use. The control is placed on a color touch screen that allows you to set all the necessary parameters depending on the user’s needs.

Components produced by the best producers
FANUCI laser cleaning machines are equipped only with the highest quality components that guarantee the reliability and stability of the laser cleaning process. The heart of the device is the single-module Maxphotonics or IPG fiber source. The proprietary PRO Wobble laser head with an electric lens control system (oscillation) is responsible for the highest precision of the cleaning process. The PRO LaserCLEAN control system is responsible for the stability of the entire process. The electricians Schneider, ABB, Weidmuller, Omron and the innovative cooling PRO Chiller Quang are responsible for the continuity of production.

Environment and health-friendly innovation
The laser cleaning technology is constantly developed, which improves work safety and reduces the number of potential hazards. The device could be equipped with the PRO CleanAIR filter system, which automatically removes fumes and dust, making the device friendly to the environment and the operator's workstation. At the same time, it affects the extended service life of the consumables used.

Top cleaning precision
The FANUCI cleaning laser is the first on the market to use the proprietary PRO Wobble head with a moving laser beam that enables the oscillation process. It is characterized above all by lightness, simple, intuitive operation, excellent quality of the obtained cleans, as well as high speed of work in the absence of post-process processing.

Excellent stability and durability
The laser cleaning technology ensures absolute process stability and quality, and guarantees the highest cleaning precision. It is currently the most popular, best and most durable cleaning solution available on the market. It perfectly replaces traditional cleaning methods, in particular in thin sheets of stainless steel, aluminum, carbon steel, galvanized steel and copper and many other materials, including highly reflective ones.

Guarantee of reliability for years
Due to the high quality and reliability of the manufactured devices, the FANUCI laser cleaner has the option of implementing a full 2-3 year warranty for the entire device.

Success measured by the result of completed investments!

We kindly encourage you to familiarize yourself with the global reference list of completed installations of FANUCI laser cleaning machines. Fanuci have over 30 sales and services globally and set up over20 sale offices and after-sales centers around the world, providing worry-free support to customers around the world.. You may either find our Office infomation close to you on our website or contact our representives directly.

FANUCI laser welders are innovative and comprehensive devices consisting only of the best, reliable components produced by global giants. Below is a list of the basic components of the offered 3rd generation laser cleaning machine.

Maxphotonics is currently one of the largest manufacturers of fiber laser sources in the world. Since 2004, it has produced and delivered tens of thousands of fountains, becoming one of the two most recognized and recognized companies that produce these types of solutions. The offered device uses the latest generation fiber source, protected against beam reflection. The latest model of the resonator achieves ultra-high power output, which translates into optimal performance and excellent weld quality.
Basic advantages of fiber optic technology:
● technology is constantly developed and improved
● low operating and maintenance costs
● high efficiency and stability of the machining process
● significant reduction of production costs
● possibility of cleaning highly reflective materials, e.g. aluminum, copper or brass
● possibility of cleaning steel in various grades and dimensions
● the estimated operating time of the fiber source is approximately 100,000 man-hours
● technology friendly and safe for the environment and the workplace The second, extremely important component that determines the quality and speed of cleaning is the laser head. The FANUCI welder is equipped with a proprietary, modern head with an electric moving beam system, oscillation. It has a patented mechanism that drives the focusing lens, which allows it to automatically change its position, and thus the width of the beam. The head is cooled with water (not air!), Which allows it to work stably and without interruption. The device has a light, ergonomic design and lies securely in the operator's hands.

What does the PRO Wobble function give us?
● Faster speed and better cleaning quality
The head with a movable lens controlled automatically makes it possible to correct material imperfections. The variable size of the spot results in a much better formation of the weld, not available so far in the technology of manual laser cleaning on traditional cleaning heads available on the market
● High performance
The proprietary system allows you to weld 2-10 times faster than traditional methods available on the market, and even 2-4 times faster than competitive, standard laser welders. The FANUCI device can work continuously 24 / h
● The highest level of security
The head is equipped with protective lenses and a liquid cooling system, which guarantees optimal protection against overheating, which at the same time extends the life of the device. Fully closed, solid housing increases the safety of components, giving maximum resistance to mechanical damage

The operation system combines high performance with intuitiveness and ease of use. The control is placed on a color touch screen that allows you to set all the necessary parameters depending on the user’s needs. The system allows you to remember ready programs for given type of cleaning or materials in accordance with your own production profile. If necessary, you can turn off the Fancui Pro Wobble oscillation function from the control system and use a laser with a point or line sport. The system is operated in several languages: English, French, Korean, Japanese, Spanish, Russian，Sabra，Polish， Chinese and others depending on end user’s demand and developed in advance.

The designed cleaning exhaust with a filter allows to reduce air pollution where it is generated. Purified air can return to the working space and thus you can limit the losses associated with the discharge of warm air outside the building(in the case of extractors without a filter). It is a solution that is perfect for  cleaning and filtering dry air pollutants.

Service
Guarantee of quality and reliability of production. We insiste to have our professinal service engineers to provide local suport. The engineers speak same language, share the same culture, which can provide the fastest and most efficient suport to you. We do not use the services from any third parties.

Q1 :How about warranty?
A1:2 years quality guaranty, the machine with main parts(excluding the consumables) shall be changed free of charge(some parts will be maintained) when if any problem during the warranty period.

Q4:I don’t know how to use after I receive Or I have problem during use,how to do?
A4:
1) We have detailed user manual with pictures and CD,you can learn step by step.And our user manual update every month for your easy learning if there is any update on machine.
2) If have any problem during use,you need our technician to judge The problem elsewhere will be solved by us. We can provide team viewer/Whatsapp/Email/Phone/Skype with cam till all of your problems finished.We can also provide Door service if you need.